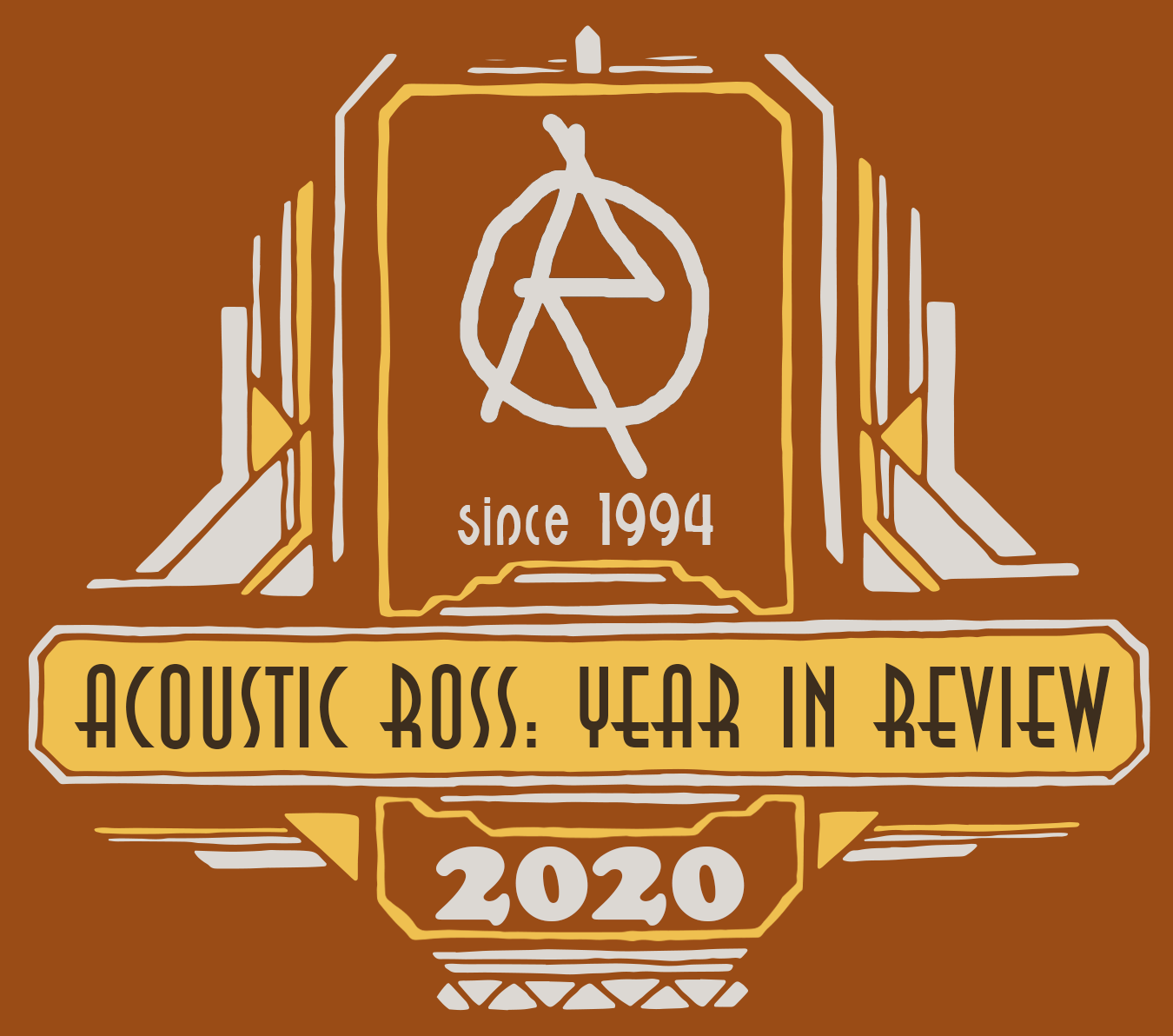 Can we just all be happy 2020 is over, and then never speak of it again?

Despite being… well, the WORST… I am somehow managing to end this year as alive as I started it, and despite being, again, the WORST, this year did bring something of a creative burst or two.

In the early days of the lockdown era, I played a living room concert broadcast on the fantastic rsuradio.com. It was so much fun that I later released two more living room shows of my own: Live at San Quarantine, Volumes 1 & 2.

You can stream, download, and purchase both volumes of Live at San Quarantine over at Bandcamp. New stuff – old favorites – new versions of old favorites, including a milestone update to “Pushin’ 40 Mid-Crisis-Life Blues” – and the Medley to boot. Will there be a Volume 3? Only 2021 can say. But frankly I don’t trust that guy just yet.

I also managed to find a little bit of time to knock out two new issues of the loooong-running zine News From Around the Bend, which you can go download and/or read for free at your leisure at nfatb.com. (How long is “loooong,” you ask? Our 30th anniversary is coming up in February 2021.)

And finally, I also managed to finish writing all the songs for the long-awaited CARDIAC ADVENTURE piece. The last two songs’ lyrics were finished written on a plane the second week of March. Just under the proverbial wire. I also worked on writing the connective-tissue talking bits for that set, and the visuals, and I’m hoping to end the live-performance hiatus by debuting that show sometime in the coming year. (If the coming year decides to allow such things.) At the very least, the “album version” will be in the works VERY soon.

So that’s my year and a quick look at the coming one. If you’re still here, or even if you’re not but you were for a while – thanks for being here. Hang in there and maybe we can do this in person again soon.