It all started at Enzo’s.

I was looking for some new venues. In an issue of Me Head I saw an ad for their Show Us Your Shorts film festival, which that time around was being held at this little pizza shop in Brookside. I thought, if the place is hip enough to host that kind of thing, maybe they’ll let me play there sometime.

So I dropped off a demo, and talked to Marc, the owner, who thought it sounded like fun. There was a big annual Harley celebration going on a few weeks away, and they’d be closing the street and setting up several stages for live music. Marc, on his own, had booked two bands to play out in front of Enzo’s to draw some of the crowd that direction. He decided to tack me on the bill too.

So basically, that first gig at Enzo’s was my Giant-Size X-Men #1.

And before long, I even had a stage name.

I had always just called myself ROSS. In talking to the other two bands before that first gig, Marc apparently referred to me as ‘acoustic Ross,’ just describing me to them, I think, but they took it to be my stage name. So all of a sudden, I’m “Acoustic Ross.”

I was starting to think about putting together a website, and although Ross-dot-everything was already taken, my friend Chuck pointed out the ready availability of acousticross.com — and sometime after that, late spring 2002 I guess, I made it official. There were occasional uses of plain-old-Ross after that point, but by the end of 2002 it was all Acoustic Ross, all the time. Put up the website, changed the press kit, adjusted the art for the second pressing of News From Around The Bend, networked with other AntiFolkies nationwide, got things rolling and never looked back.

I think the last real use of the ‘old name’ was by the Tulsa World, when they nominated me for a Spot Music Award in September. (Although the first week’s mail-in ballot spelled my name “Rosee.”) I didn’t win, but “Best None of the Above” is a tougher category in Tulsa than you might think, and it’s an honor, as they say, just to be nominated.

Anyway, the whole thing could have been a lot worse. Marc could have called me “Fat Ugly Ross.” 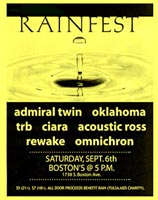 I didn’t do a lot of shows — from July on, the Day Job absolutely ruled my waking life for a solid six months — but somehow I ended up doing lots of benefit and fund-raising events. (There was actually another one scheduled in August, but it got rained out.) I even got to be part of the pre-show press junkets. The benefits were a lot of fun — hey, I wouldn’t be doing this kind of music if I was in it for the money.

My goal is always to do shows I’d go out to even if I wasn’t on the bill, and I got to play a lot more of those this year too, including one more AntiFolk FootStomp with Adam & Sarah and another guest spot at Tom Skinner’s Wednesday Night Science Project.

And in October, I got to be a presenter at the Tulsa World’s 5th Annual Spot Music Awards. Extra Superfine.

Then the sparse year wrapped up with a show at a church. I even did an irony-free Christmas song — Bruce Cockburn’s “Cry of a Tiny Babe.” Go figure.

2004: The Year of the 918 UFN EP
The Nervous Breakdown Avoidance Tour 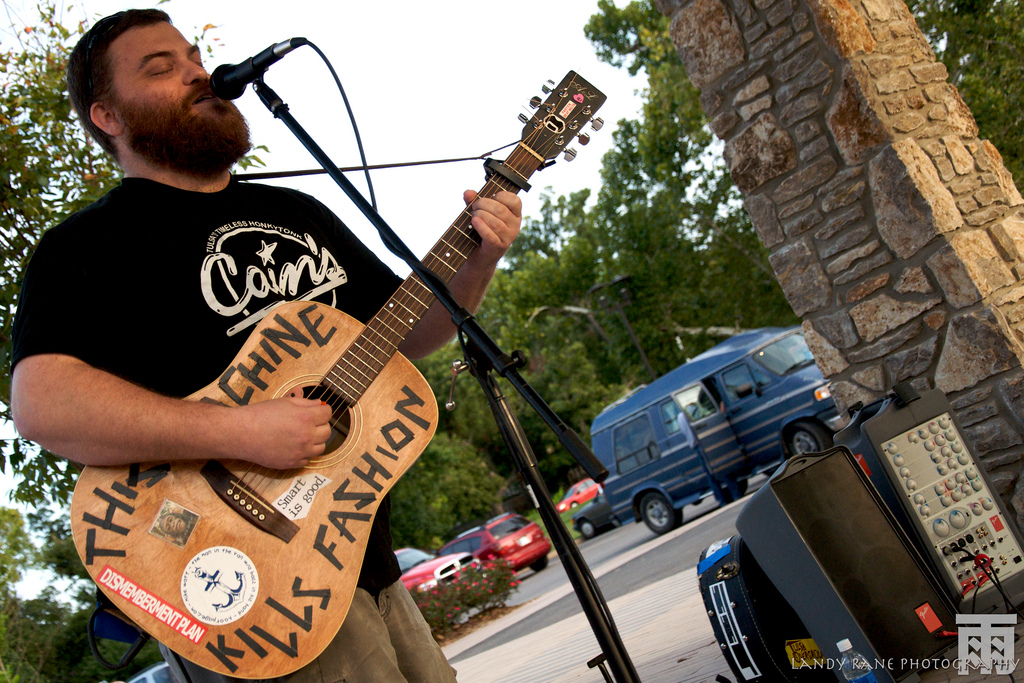