Circus Time and The Cardiac Kid 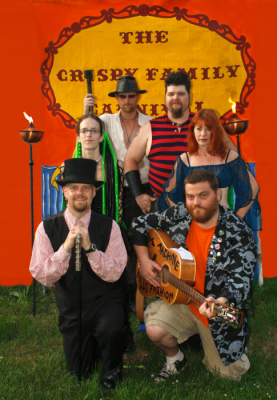 Well, the Carnival, to be specific. In early 2010 I was working as a mild-mannered Production Manager at a TV station in Tulsa, and a press release – the kind of thing that would rarely, if ever, actually cross my desk – actually crossed my desk.

It announced auditions for The Crispy Family Carnival, a wild-sounding old-time carnival sideshow troupe in Tulsa (founded in Denver by a Tulsan, who had returned home in 2009) that was looking for new talent. It caught my interest immediately, and when I saw that in the CFC’s previous incarnation there had been a musical member, one Ukelele Loki.

It had never occurred to me before that I should team up with a circus or carnival act, and suddenly it seemed like something I should have thought of doing a decade sooner. I contacted Mr. Crispy, a lovely sort of gent who runs the show, and we agreed it might be an interesting pairing.

The audition was a blast, and I was added to the cast by a unanimous vote of the existing members. Before my first gig with the group (three weeks to the day after the audition) I was assigned the task of writing a new theme song, complete with room for audience participation – which I did, and I’ve apologized profusely ever since for making it so damn catchy.

At my first rehearsal/band meeting I discovered that the group had long been performing a routine to Tom Lehrer’s “Masochism Tango,” and mentioned that I had been playing that one on guitar for years.

Pretty sure that was the moment that Mr. Crispy and I both knew we’d made the right call. 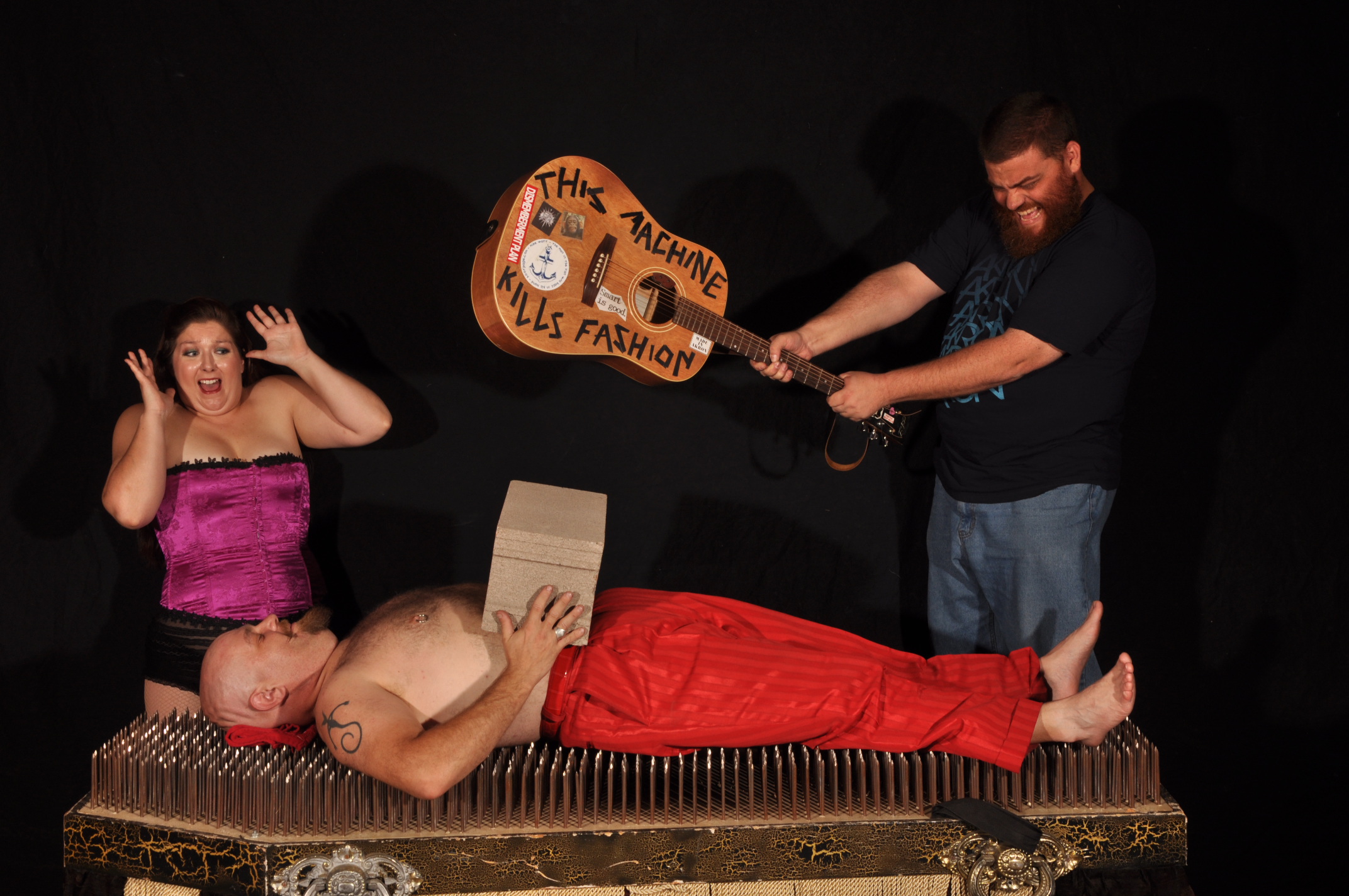 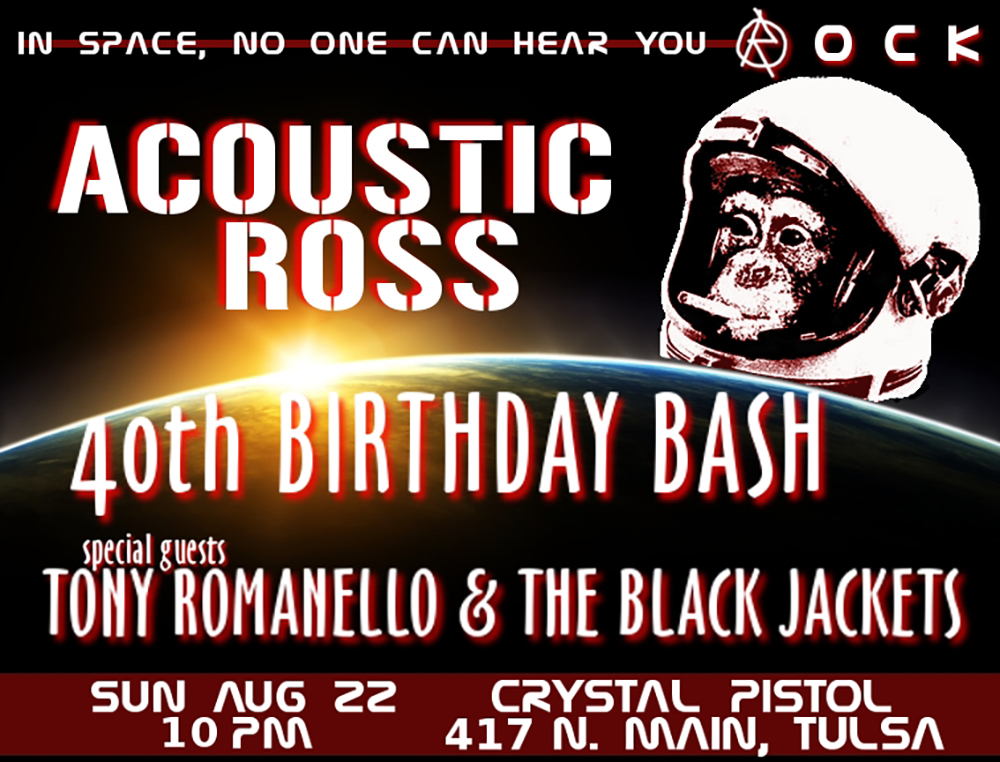 2011: Lots of Shows, and Things Get Haunted
2012: Every Season Is Festival Season
2013: Acoustic Ross Hits Comedy Scene, Scene Hits Back
2014: Twenty Years I’ve Been Doing This Stuff?
2015 Begins, and We Think Everything Is OK.
It Is Now Clear That Nothing, In Fact, Is OK:
My Heart May or May Not Go On.
(Follow the link to see what I’m on about.)

Still early in my recovery, I tested my limits by performing shows every hour on select nights with the Crispy Family Carnival as one of many attractions at the Hex House indoor Halloween haunt. The Crispy Family was there all month, but I only attempted 6 nights – skipping the medley, because playing that beast probably helped destroy my ticker in the first place. Our last show together, on Halloween night, also happened to be my 375th show. 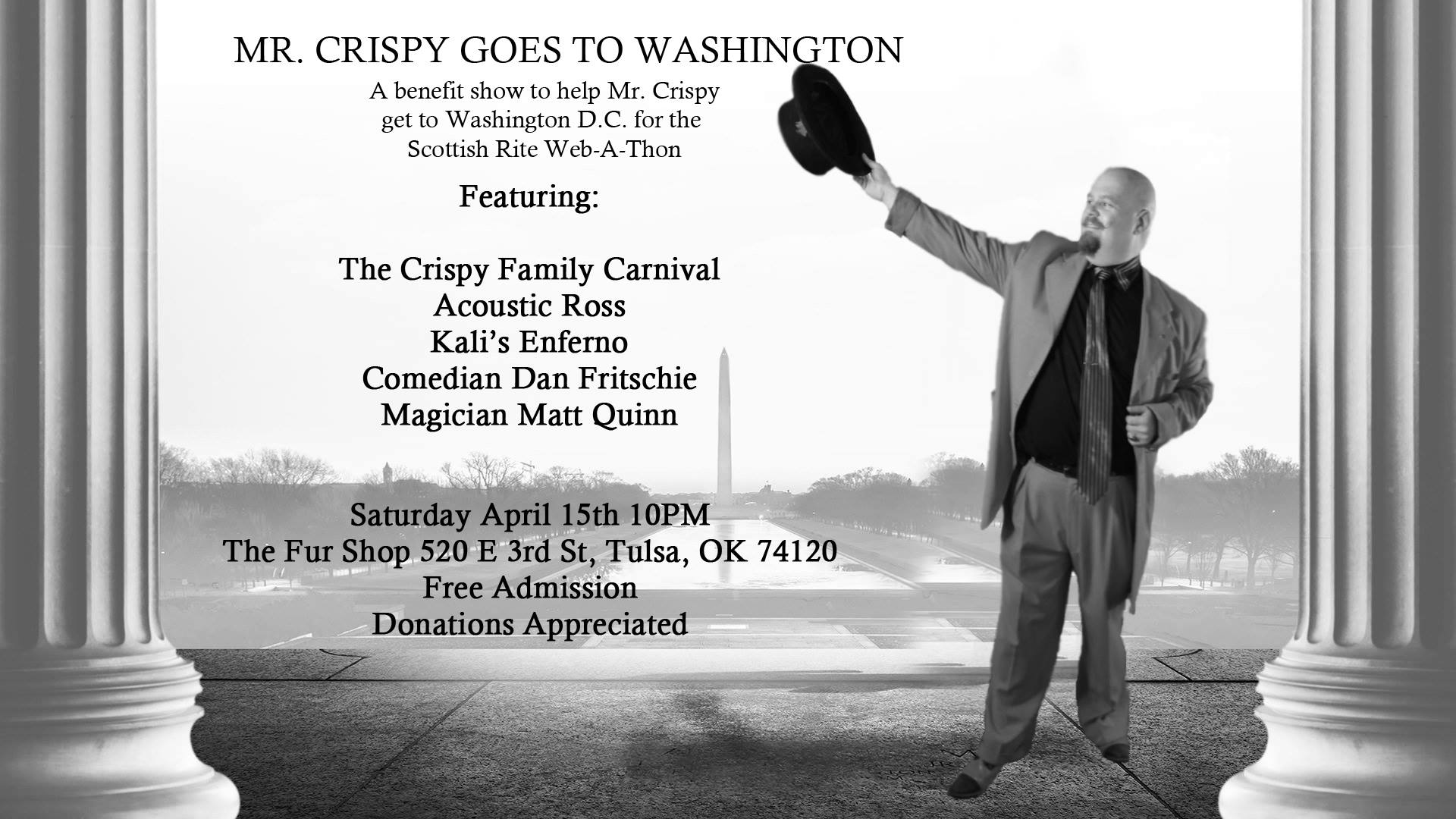